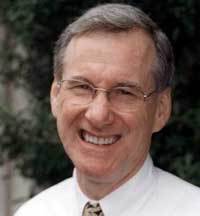 Professor James J. McKenna is recognized as the world’s leading authority on mother-infant cosleeping in relationship to breastfeeding and SIDS. In recognition of his work in 2009 he was admitted as a Fellow into the select body of the American Association for the Advancement of Science, the world's most prestigious scientific society. That same year and in recognition of his extensive work with television, radio, and print media he received from the American Anthropological Association the “2008 Anthropology In The Media Award” one of the top three awards presented to anthropologists by the association in recognition of his distinguished work in educating the public to the importance of anthropological concepts.

After teaching anthropology at the University of California, Berkeley as a Visiting Assistant Professor for two years, he accepted a tenure track position (in anthropology) at Pomona College in Claremont, California, where he was awarded an Endowed Chair and received numerous teaching awards, and remained an active member of the faculty for twenty years. Professor McKenna was recruited by the University of Notre Dame in 1997, and since then has won every teaching prize he has been eligible for including most recently, the College of Arts and Letters’  highest teaching award, the Sheedy Award, in 2008.

Initially Professor McKenna specialized in studying the social behavior of monkeys and apes but following the birth of his son in 1978 he began to apply the principles of human behavioral evolution to the understanding of human infancy. At the University of California, Irvine School of Medicine, Department of Neurology his research team pioneered the first studies of the physiology and behavior of mothers and infant sleeping together and apart, using physiological and behavioral recording devices.

Professor McKenna has published over 139 refereed scientific articles in diverse medical and anthropological journals on co-sleeping, breastfeeding, evolutionary medicine and SIDS, and both here and abroad. He also regularly gives lectures on over 20 specialized topics relating to cosleeping and breastfeeding especially to pediatric medical professionals and parents. Here in the United States he remains a primary spokesperson to the media on issues pertaining to infant-parental sleeping arrangements, nighttime breastfeeding and SIDS prevention.

He has also published two monographs on SIDS and infant sleep, and co-edited two books: Evolutionary Medicine (published by Oxford in 1999) and Evolutionary Medicine And Health: New Perspectives, also with Oxford University Press. His first trade book for parents was published in 2008 entitled: Sleeping With Your Baby: A Parents Guide To Co-sleeping, and was recently translated and made available in Spanish and Dutch, as well as other languages.